Located in the Heart of Italy

Nestled in the hills of Tuscany in an historic olive oil mill stands Relais La Chiusa, a delightful 18 room boutique inn and restaurant.

A Place of Rest

Originally an olive oil mill, each of Relais La Chiusa’s eighteen rooms offer you a place to rest and relax after a day of exploring Tuscany. Every room is unique and has all the comforts of a luxury hotel. Located in Montefollonico and 9 minutes from Montepulciano.  Enjoy the beautiful views of Montepulciano and Monte Amiata as you stroll the rolling hills that lead to our 1000-tree olive grove and vineyard. Return to your room each evening to turn down service and a sweet treat!

The large kitchen is the heart of our restaurant. Once shared by several families, our kitchen welcomes guests all day. Our contemporary Italian and Mediterranean menu is created from fresh products, grown or produced by us, or local producers that are seasonal. We use vegetables only at the time of year when they grow in nature, ensuring each plate is delicious and flavorful.

Our cuisine is the fruit of a long experience that starts with the traditions of Tuscany and looks to those of the modern world that makes our food complete, balanced, and in harmony with the seasons. We use fresh products of the highest quality, bringing to the table the work and passion of those who believe in what they produce.

Our secret is simplicity.  Simplicity is a must when mastering the subtle techniques of fine cooking.  Simplicity means only the essentials, and the highest quality of fresh produce. It means tradition infused with creative intuition.

Our cooking school in Tuscany is like no other. We go to the real source of the cooking traditions. Our classes are taught by local Tuscan women; the mothers, grandmothers, aunts, and wives who know what real traditional Tuscan cooking is all about.

We invite you to join us in our medieval hill-top village for a week of cooking and delicious meals where the women of the village are masters of traditional rustic Italian cooking. It is their art. They will endear you with their skills and laughter in the kitchen. Our teachers use the same recipes their grandmothers, or “Nonnas,” as we say in Italy, used. This is a unique experience; nothing has changed for generations, this is the way women in Tuscany have cooked for hundreds of years. It is truly magical to see Tuscan women cook!

With so much to do in Tuscany, we want to share some of our favorite places to visit. We are within an hour’s drive of many fabulous and famous destinations. We are the perfect place to stay as you explore the region. Let us help plan your perfect trip. Click an image below for more information. 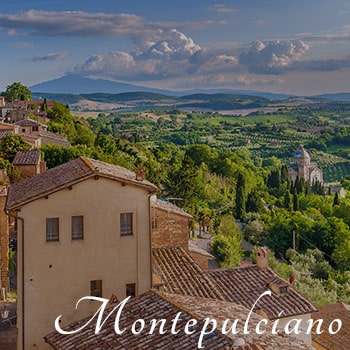 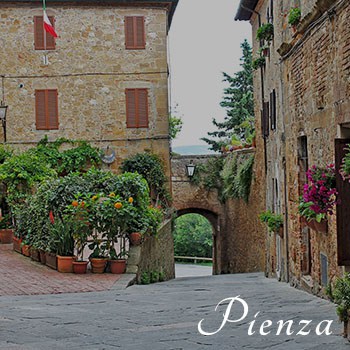 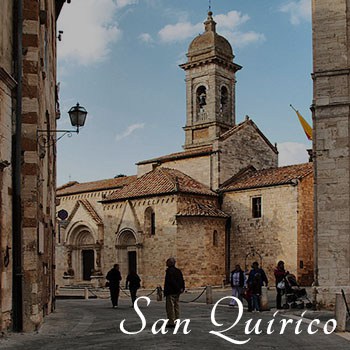 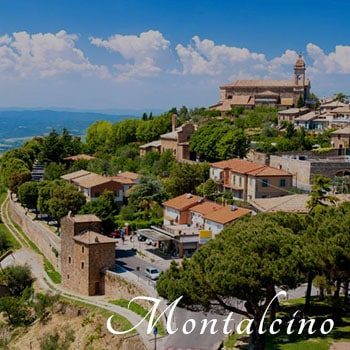 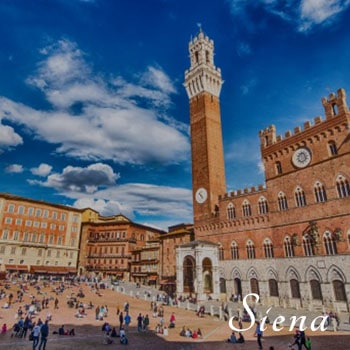 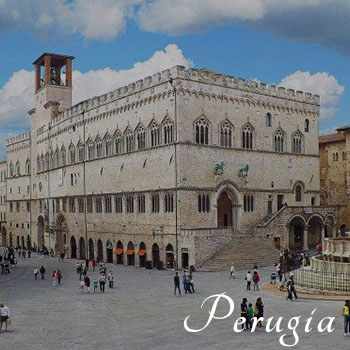 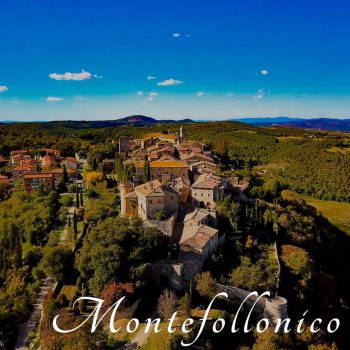 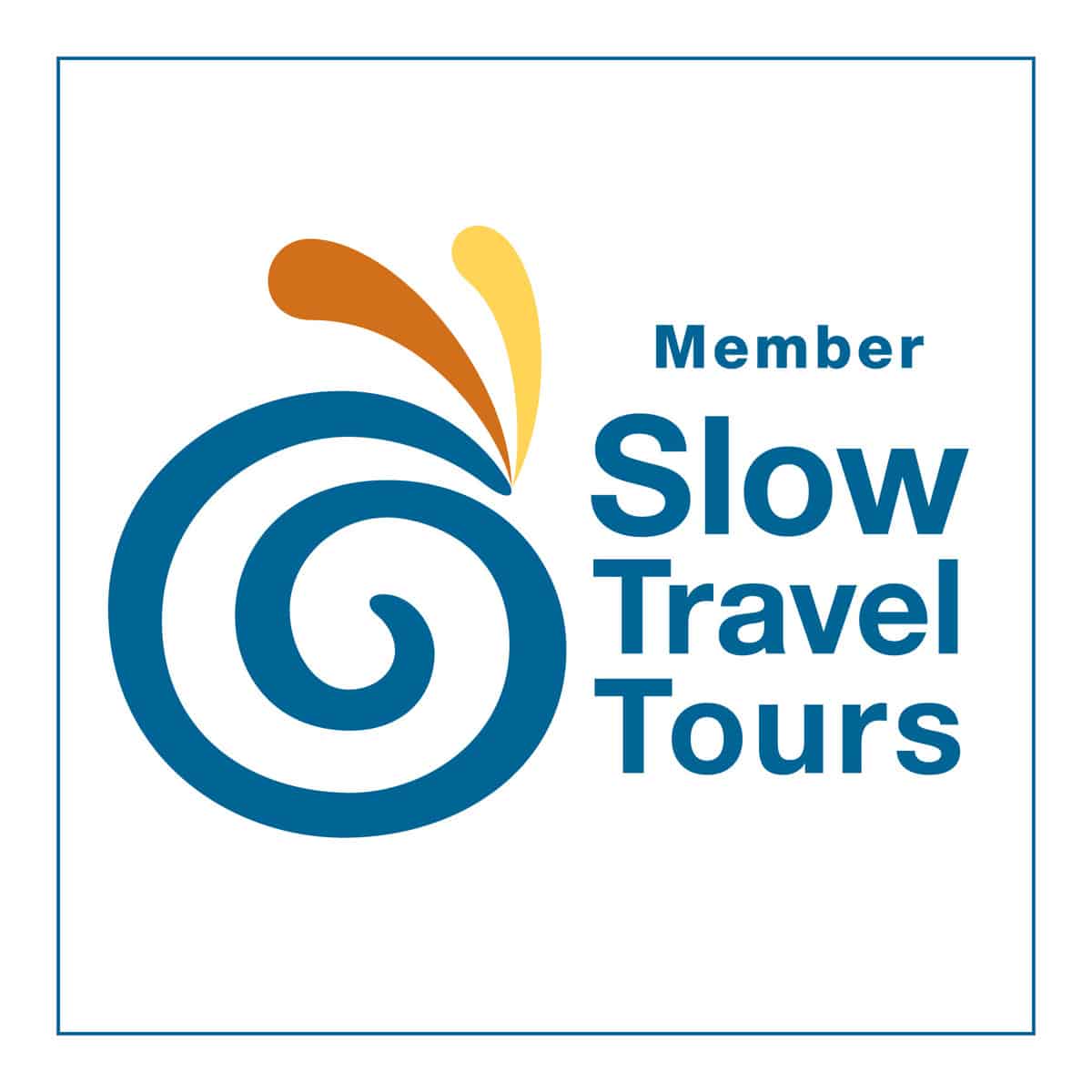 We invite you to join us in our medieval hill-top village for a week of cooking and delicious meals where the women of the village are masters of traditional rustic Italian cooking. It is their art. They will endear you with their skills and laughter in the kitchen. Our teachers use the same recipes their grandmothers, or “Nonnas,” as we say in Italy, used. This is a unique experience; nothing has changed for generations, this is the way women in Tuscany have cooked for hundreds of years. It is truly magical to see Tuscan women cook!

Pienza is a Renaissance gem which faces the Val d’Orcia. In 1996 it was declared a UNESCO Human Heritage site. It was completely restored by the Pope Pius II and it has a beautiful Cathedral which has a mix of styles: Gothic-French, German and Italian Renaissance. Pienza is surely the ideal place for a short journey between culture and gastronomy. It is also very famous for the Pecorino cheese which is one of the best of Italy.

15 minutes drive
This place worth absolutely a visit. The town itself and the surroundings offer suggestive and unexpected surprises and it is, without any doubt , one of the Val d’Orcia most charming place, rich of history, monuments and breathtaking atmosphere. It still has a selected tourism and a pleasant friendliness and simplicity which finds its way into everybody’s heart.

35 minutes drive
Montalcino is well known for its endless vineyards and the production of the famous Brunello wine. It is located at the end of the Val d’Orcia and has a beautiful Medieval Castle where, every summer, there is an archery competition with period costumes. It enjoys a beautiful view on the Ombrone valley. Its famous wine is by now booked 5 years in advance, at the harvest time.

50 minutes drive
Siena’s thriving historic center, with redbrick lanes cascading every which way, offers Italy’s best medieval city experience. Most people do Siena as a day trip, but it’s best experienced at twilight. While Florence has the blockbuster museums, Siena has an easy-to-enjoy soul: courtyards sport flower-decked wells, alleys dead-end at rooftop views, and the sky is a rich blue dome. For those who dream of a Fiat-free Italy, pedestrian rule in the old center of Siena. Wander narrow streets lined with colorful flag and iron rings to tether horses. Sit at a café on the main square and enjoy the view of the buildings bricks changing color every ten minutes when sunset.

Perugia is a place of some style, at least in its old center, and a city proud of its attractions, its universities and its sights. A drink on the Corso Vannucci , its great central street, reveals a buzz you won’t find elsewhere in the region, a sense of dynamism embodied by the cosmopolitan Università Italiana per Stranieri, the country’s largest language school. This same dynamism remains evident in the city’s above-average number of films, concerts and miscellaneous cultural events and is highlighted further at Umbria Jazz (held in July), Italy’s foremost jazz festival, whose stars have included Miles Davies, Stan Getz, Wynton Maralis and Gil Evans.

45 minutes drive
Cortona blankets a 1,700-foot hill surrounded by dramatic Tuscan and Umbrian views. Frances Mayes’ book, such as “Under the Tuscan sun”, placed this town in the touristic limelight but long before Mayes ever published a book , Cortona was very popular and considered one of the classic Tuscan hill towns. The city began as one of the largest Etruscan settlements, the remains of which can be seen at the base of the city walls, as well as in the nearby tombs.